What is environmental valuation?

Ecological survey is the first stage

The first, initial stage that allows for environmental valuation is a sound ecological inventory. The valuation criteria refer to a whole range of parameters and natural phenomena. These are, for example, the number and density of populations, the occurrence and abundance of species, the species richness of ecosystems and the degree of their naturalness.

Assessment of assets within the designated area

Environmental valuation is carried out with the use of specific, mutually complementary criteria for assessing the environmental value. With their help, the assets ​​identified within the studied area are valued. They can be entire ecosystems or their fragments, such as a lake, a meadow, trees or an arbitrarily separated section of a river.

Valuation criteria can be divided into three main groups

These are species, habitats or specimens of interest due to their small abundance, rate of decline or the important role they play in ecosystems. They include the so-called “natural” species and habitats, i.e., listed in the annexes of two EU directives – the Habitats Directive and the Birds Directive. In addition, species protected in Poland, species and habitats from red lists, and keystone and umbrella species.

Their aim is to determine the degree of naturalness of ecosystems and indicate whether they function properly. Environmental valuation is based on the analysis of the occurrence of the so-called indicator species, plants (micro scale) and animals (macro scale). The share of rare plant communities is used as an indicator for assessing ecological systems on a macro scale.

During the valuation of a given ecological system, it should be noted whether it can constitute an element of the network of ecological connections. Such an area, acting as a wildlife corridor, plays an important role in the process of gene exchange. As a result, it contributes to maintaining the genetic diversity of local populations, increasing their viability.

On the basis of partial assessments of valued objects based on the above criteria, a comprehensive assessment of the natural value (natural assets) of a given area is obtained. For this purpose, a scoring system is used, allocated on the basis of the degree of saturation of the area with the values ​​assessed under a given criterion. 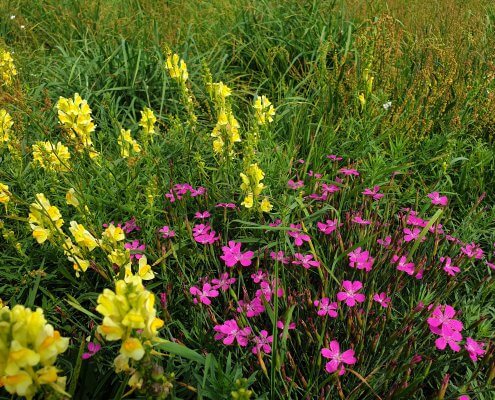 Zbiorowisko roślinne na kurpiowskiej łące.
To ensure the smooth functioning of this portal, we sometimes place small files on the user's computer (or other device) - the so-called cookies ("cookies"). Most large websites do the same
Close
Read more
Scroll to top